The public internet has been around for decades. Broadband, online video and the merging of TV and the computer have been around for nearly a decade and a half (WebTV). Based on a detailed analysis of the why’s and how’s of the best internet and tech companies in the world, from Google to TripAdvisor, to Flickr and Facebook, there are key themes in the proper strategy, point of view and sustainable competitive advantage across each of these firms and other leading tech companies.

From a design perspective, the blend of “normal” web and mobile web is defining the changing face of consumer expectation. This combined with  the market trends that this generation of decision makers grew up with, have a massive impact on your product’s design.
Take Google+ for example, the same icons are used both on the web page and on the mobile interface. Further harmonization and integration is the future of design.

More and more functionality with an ever decreasing amount of complexity for end users, from earlier cell phone and desktop configurations, to today’s touch based, haptic oriented interfaces. Between an increasing need to differentiate on mobile and the potentially game changing touch or augmented reality screens, new technology is changing the future of your product.

Take for example the now ironic prediction of, “Iyota” the blend of Apple and Toyota, and the new feature in the Camry that integrates with Pandora for in car entertainment. 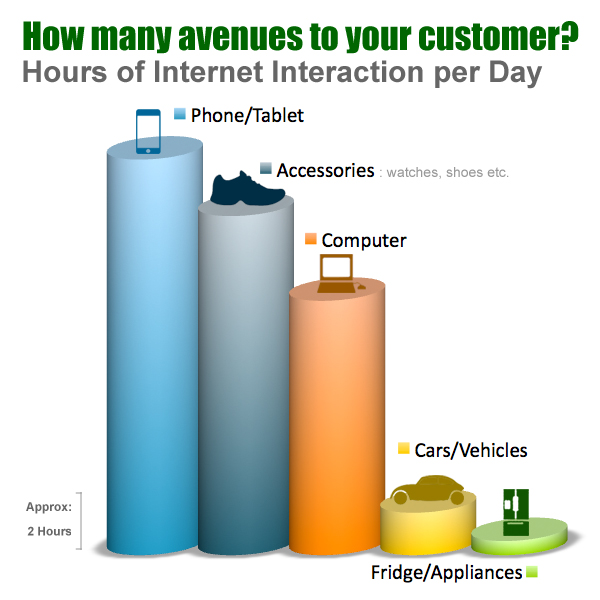 From the growing digital budgets in the world’s largest ad agencies, to the shift in consumer behavior from offline to online, the world has evolved tremendously in how products are positioned, promoted and ultimately sold. There is increasing importance in digital strategy as a part of your overall marketing plan, and there are key strategies that every company from Amazon to Google to Facebook have leveraged for growth, differentiation and long term shareholder value. These include social strategies, SEO, SEM and so on.