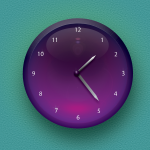 The human condition and the struggle to control the environment

At our most basic, most primal, we humans are social creatures. We desire to congregate, to gather, to socialize, to discourse and more. This dialogue and interaction results in bonds across family lines, across neighborhood lines and across a larger  community. Part of this bond forming is the desire to spend more time socializing, having coffee or tea and getting to know one another’s perspective on life, the universe and everything. The modern or primitive human condition has always been one of struggle, of railing against the elements, or nature, or other groups of people for resources. If I could change one thing, it would be that every human no longer struggle against nature, against other humans or for basic necessities. Through technology I firmly believe this is possible. By offloading some of the basic tasks of life, we can thus focus our daily energy on simply connecting with one another, building community, and sharing in each other’s lives.

While most countries dream about four week’s annual leave from work, I foresee a time that we all enjoy six weeks or more a year of annual leave. When you are performing intellectual, highly creative work, it’s far easier to succeed in a group setting if you have plenty of time to relax, de-stress and really feel like work is not the center of your life. Part of this is also shifting your paradigm of thought so that work becomes part of your play. I truly believe that companies, both large and small who create a sense of belonging to a family are the ones who succeed in creating the optimal environment for enjoyment and thus getting things done.

One statistic said that internet traffic was twenty-five percent automated systems, not human interactions per se. Among these would include the benign, such as Googlebot, the robot that powers the Google search engine, as well as the malign, such as spam robots and the like. Given that the statistics and trends are clear, in both web based systems and features of software, cars and more, automation is the future of so many things. If we value as a society the creation of more and more systems to perform the basic necessary functions of life, so that we can all enjoy short work days that no longer feel like work, we will achieve this vision. As well as a very long vacation by most modern country’s standards. I understand this sounds a bit far fetched, but the ranges in vacation time are wide across the globe; in the USA we have two weeks, Japan one week is standard and in France some jobs have a month of vacation.

Other than less time at work, the value of the work also goes up as you work less hours because it turns into fun

From an economic perspective, if the value created is the same, and the number of hours in absolute go down, it stands to reason that the value per hour created in the new structure must be higher in some way than the previous, longer work day. Through automated systems of course, this will be reality. The new Photoshop 6 for example has several new built in features that used to take hours of drawing, coloring, sketching and more. The impact of these tools, when they come onto the market, will be stunning for productivity in many varieties of photo related jobs, graphic design for print or digital works. Imagine that this tool is like the basic copy and paste feature now found in every program. If this level of automation, swapping out whole portions of videos or still images and repositioning elements in a fully realistic fashion on the fly, the whole notion of “photoshopping” something to create a crazy or amazing image has taken on whole new meaning. Futuristically, we might have images that fluctuate on their own, so that while the same, they evoke more interest per session that truly static images. As a result, design elements such as theme or tone will start to matter even more, as you leverage a panorama of events through automorphing images, which might in some ways resemble a specific kind of short film.

All these things that make us more productive and getting things done a pure joy create an atmosphere where we stop worrying about working a certain amount of hours and just focus on they joy of accomplishing a task. The funny thing is when you stop worrying about time, work is done in half the time it usually takes. At least that’s what I have noticed.