Model of word of mouth theories of influence 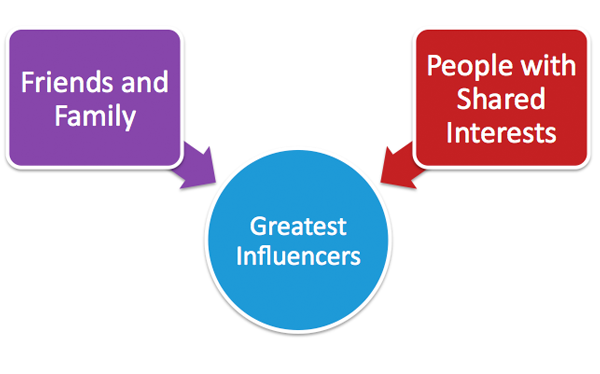 As you can see from the chart below from the research paper from Elsevier, we have a model of word of mouth that is a summary of a few different theories on viral marketing and how WOM (word of mouth) spreads and influences prospects from Awareness to Interest to Final decision.The arrow represents the hypothesis on impact, eg, what type of relationship between the sender and recipient exists, to better determine how such WOM might spread and also give insight into how a marketer would be most successful at, “going viral.”

Let’s explore the other axis of the chart, where the labels refer to:

Now that we’ve got the list, let’s break each one down.

Tie Strength refers to the closeness of the relationship between two participants in a word of mouth scenario. If I’m the recipient and you’re the sender, the better I know you, the more likely this will drive me from the, “un-aware,” state to the, “awareness,” state of the chart above. “Email a friend” has been around a lot longer than Facebook. For a certain generation, you can catch more of them on email (still) than Facebook. So for a true, powerful word of mouth campaign to drive awareness, you would have to build with this in mind.

Perceptual affinity refers to the likelihood that you share similar interests as the sender when receiving new information. Likes, dislikes, interests, groups or affiliations would all go into this category.

Demographic similarity refers to the usual battery of direct marketing statistics including age, marital status, gender, income, children, neighborhood and similar are in this group. When you think about magazine subscriptions and newspaper subscriptions, there was very little mass market yet niche publications. With social networks, people can go beyond previous levels of nuance and hone in on information that’s just right for them. There is a much larger level of personalization available now based on your interests.

Source expertise refers to the credibility or believability of a particular source of news. “The National Association of Realtors,” sounds like it has credibility, right? However if they say, “Now is the best time to buy a home,” it’s more than a bit of a stretch, because the sales pitch caters to their best interest, eg, their bottom line. Better for this agency to focus on a message of value, service and community with statistics on how they help build America, provide jobs and similar statistics.

So what type of word of mouth work and when?

We’ve reviewed the types of word of mouth and the standard influence factors most marketers use in their campaigns. The important thing to note is this is a multi-decision model, which means that it was not a single one step process.

Demographic ties, surprisingly, fail miserably in both their one stage model and their three stage model. In other words, if you are targeting thirty-five year old women with two children, odds are the campaign will be doomed to a distinct lack of any hint of going viral and in fact might have a negative overspill on word of mouth overall. Source expertise also had no proven impact in pass along, so if your campaign was relying on, “85% of doctors recommend our widget,” then it won’t go viral, even if it does win in other ways.

Perceptual affinity and Tie Strength lead to Awareness and Interest!

Meaning I trust people who are close to me and share the same interests to give me the best advice. This makes sense.

First let’s take a look at the results as summarized in this table:

If I’m aiming at a simple, “just click the link,” it won’t work in a social, referral context. The key here is, “how much do I value the sender.” If you want to work more on a sales oriented word of mouth strategy that was backed with some data and research, you would aim at a multi-step process and leverage, Perceptual Affinity. Is it any wonder that Facebook is building such a huge database of, “Likes,” and Google is now trying to grow it’s own social network? Nope, both of them are racing towards building up the very best, most robust word of mouth engine online. The result of this is pretty straightforward, which is a massive revenue stream based on advertising, games, virtual goods and more than likely, payments, business services, publisher advertising solutions and more.