What is the right robot to people balance? Technology for the future of Maldives 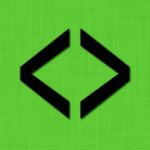 Legendary code: how many errors does your application have per five million lines?

We re-watched Fly Me to the Moon last night with the kids, and I was thinking how fortunate my kids were to have actually met and shook hands with Buzz Aldrin and that got me thinking about space. As I write, I think back to an article I read a long time ago. In it, the NASA agents talked about how their failure rate simply had to be less than point zero zero zero one percent, as a result of so many of their parts costing so much. The reasoning being, if a single part or component would cost the government more than five or ten million dollars, their tolerance for programming errors and bugs overall was minuscule at best. When you consider the downside in this scenario, eg, a single mistake could cost upwards of ten million dollars, the team will be truly motivated if they have both the incentive to do their best and knowledge that, should they fail, lives would be on the line. Not only is it an issue of human lives, or multimillion dollar parts and equipment, it’s an issue of pride for the NASA engineering team to have essentially zero errors in their code.

Can you imagine leaving the fate of your universe to a single, small, isolated group of people?

I couldn’t – but let’s imagine for a moment, we have a team whose sole responsibility it is to save the planet from a massive asteroid, hurtling towards us from outer space. Yes, it’s been the subject of a few science fiction movies, but if we imagine for a moment this scenario is a possibility, then we also need to imagine that we would have a team that’s been there, done that, who could save the planet. While Bruce Willis and the other actors saved the day despite their lack of astronaut training, I think that the people involved with NASA, the engineers, programmers and scientists, will be directly involved with shooting down said asteroid, if we in fact end up in that situation. Unlike Hollywood movies, the odds are pretty good that if and when Earth destroying asteroids are spotted or discovered, it’ll be that particular team which ends up saving the day. Or a similar space centric team in Russia, India or China, given the state of the various space exploration projects around the world.

Put yourself in that place. An asteroid, hurtling towards the Earth. Imagine for a moment, you are one of those scientists. In extreme scenarios, you might have had one or two ways of being viewed by society. In one scenario, you might be the scientist, a social outcast who grew up ostracized for their love of math and physics. In the other, the scientist rock star, who is loved, respected and adored by their community, having grown up with the kind of attention celebrities enjoy. Personally I think that the scientist who grows up with a deeper, more profound sense of community and love for their community will be more motivated to stop the asteroid hurtling towards us. This scientist would win. Of course, this theory could be invalid and all wrong. The scientist in me says maybe we should a/b test this out. However, the realist in me says, eventually, there might be an asteroid. We have hope for the future tomorrow because we constantly have advancements in science, math and engineering. Every single advancement and new discovery should be applauded, if for nothing else, than to have new plot-lines to throw at Hollywood for the next impossible but interesting scenario in which Bruce Willis gets to help blow stuff up with an attitude. Seriously though we should all take something away from NASA, which I think is to strive for perfection (the least amount of errors) and constantly explore the frontiers of possibility.

Is there enough value in websites that they should have legendary code like NASA?

When you consider some of the stats on web performance in this infographic, the notion that performance matters is blindingly obvious. For me personally, the statistic of if your business earns $100,000 per day (many publicly traded firms earn this much) as it’s only $36 million per year, warrants great code. Thus, any company the size of say, Yelp, can justify at least a bit of legendary code, in terms of investing in web performance. The extra overhead in process, training and more should cost a lot less than the $2.5 million in incremental earnings such a company would obtain in measurable revenue, at least for e-commerce or media businesses.