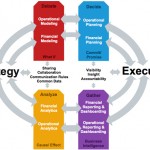 How to start building your communication foundation

I’ve read a few things that are a good touchstone for what I’m about to discuss. The Wheel of Time, by Robert Jordan, I would say is the most epic and amazing fantasy series ever. Brandon Sanderson, for the last few books, has done an incredible job to bring things so close to finale after several decades of working on these very interesting books. The overarching theme in them, as in so many other fantasy novels, is that of a cycle of events. Things happen, over and again in time, through which we mortals must attempt to learn as we go forward. Changes in life, in location and in altitude can have a serious impact on you as a person or company.

With beginnings, it’s important to start at the beginning. Build a foundation, whether you plan on doing something for a medium term or long term. Without the proper foundation or rhythm to a project, you will never make meaningful progress. So when kicking something off and getting started for the first time, you want to prepare as much as you can. This preparation will enable you to outlast, out execute and outmanuever any competitor over time, given a similar quality product and strategy. Staring right makes all the difference in testing ideas, concepts, business models and more. In any sufficiently large company, roles vary where the expecations at the executive level are so vastly different from the lowest level, it would seem to the casual observer that the executive does not deliver the same volume of work. The metric in the case of a leader is their impact on the strategy, the vision and direction of the team overall, be it a leadership team, a middle management team or a group of the lowest level of workers. The first step then is to calibrate around the altitude of your organization or team. 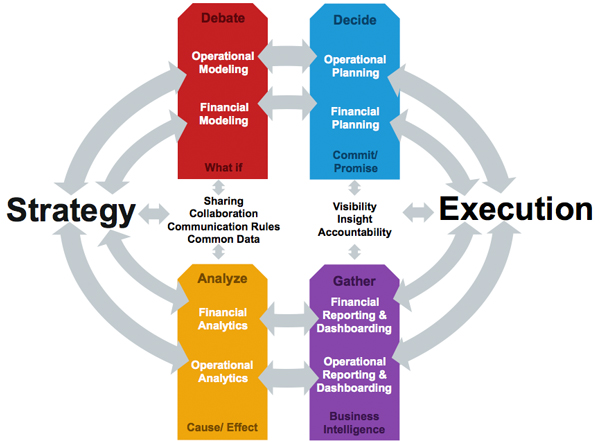 If you manage people, you need to figure out what the right time frame for planning should be, then setup the rhythm with which you can have maximal impact on the tempo and progress of work towards longer term, perhaps three to twelve, month out projects. Similarly, you should have a rolling three to five year vision of what the company might look like, operate or function, so that you plan for things which could create rifts, cracks or other damage to your foundation. Thus it’s important to set the right expectation on the team about milestones, goals and reporting overall and progress towards those goals. With this rubric in hand, it’s easy to analyze and disect processes and throughput to try to maximize the amount of knowledge work being created, disseminated and considered among the team. As they say, a rising tide lifts all boats, so if you can take the time to retrain or educate based on process optimization, it’s far easier for the organization to react fast to market changes or dynamic shifts in the category where they operate. Not only will your organization be more nimble, but your staff will also be more loyal, as long term, their own worth overall increases. In addition, the more you operate in this fashion, the larger the impact your work will have, which should naturally include a larger economic value for the individual team member.

Routine communication of the process improvements, the milestones and scheduling, should also include routine modeling and benchmarking of third party data, where and when it makes the most sense. This third party data will enable your team to ensure that you’re operating at the upper echelon of your class. Unfortunately, most companies start aiming at the top subset, when the real aim should be at the top of their own category. Creating this mindset of aiming at the largest quadrant of a category ensures that you can maximize the value from your team before moving into the next adjacent market. This way, your team maximizes word of mouth as well, because social flows the easiest for the category leader. The virtuous cycle of being the dominant brand, and synonymous with a category, can be seen most easily when you consider some examples. Instead of asking for Coke, some people ask for soda, when they really mean Coke. It happens the other way too, when they ask for Coke and really mean any old brown cola beverage that might be on the menu. There are loyalists of course who won’t drink Pepsi, but you can see more people search online for the term, Google, than they do for search engine. Likewise for Facebook over social network, and Amazon over online shopping.

It all starts with that communication and foundational framework. What kind of race are you running, how fast can your team go and what are the priorities that you’re going after. I’d like to get it all done yesterday but the reality is, I’m building a process which can function at a specific pace. With that in mind, if I keep increasing the throughput, the speed and the recirculation of my team’s output, we’ll win. Keep in mind though, the quality meter has to be set to high, otherwise, no matter how fast and furious you might shout, it will not achieve that word of mouth recirculation which moves products from being good to incredible in sales and adoption rates. Weekly, monthly, quarterly and yearly are the minimum required reporting periods, even if you are a small business of one, there are tools, software and services that will enable you to start tracking these critical key performance indicators to get your hands around the health of your business. There is an expression I have heard where people say that you can have a plan to fail, which is silly, because nobody would really do that, at least, I hope not. However, some people do fail to plan and therein lies missed opportunity which could change the tide.