Integrated marketing – how to get maximum scale across channels High performance websites, moving beyond the page speed average 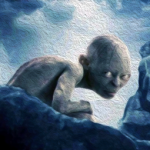 Developing like golem, when my precious is more valueable than a viable business model

Sometimes, you can’t help feeling like the code you wrote, the marketing strategy you invented or the business model you tuned is the very best. Innovation, a real breakthrough, ready and able to scale to infinity and slay the giants of your particular industry. Thinking for a moment, your idea is so good, you will not only take over the corner of the world you operate in, but eventually, the entire globe. The sad fact is, more often than not, the bulk of business models and even code I see being produced these days has that “my precious” feeling about it.

Open source software, of many varieties, has swiftly eclipsed the traditional “closed source” model. If you’re a programmer, you tend to have libraries, code and other snippets available on your blog, github profile or Stackoverflow, all of which require time, effort and valuable skill to create. These bits are all available for free, usually with some attribution or another, to those who would like to exploit the functionality for commercial advantage. The result of all this is that the value of any given system is less today than it used to be, as eventually, there will be an open source alternative that, while it might not be the dominant force in the market (FireFox anyone?) will cause ripples that change the entire industry. If you’re in the Content Mangement System business, expect to hear the question, “How is this better than WordPress?” If the answer is, “We include behavioral targeting out of the box,” expect to hear a snark filled reply. “I can get that for free in WordPress, with this plugin.” If you’re curious, Interwoven used to be the “bees knees” in CMS systems. Does the search interest in their brand reflect this, or is WordPress winning?

Granted, the open source solution might not be perfect out of the box, might require some polish, but let’s face facts. Apache powers the web, as the web server with the largest market share in the world, it’s not going anywhere. The features, functionality and capability outstrip the closed source alternatives by a zillion to one. Do you develop for the web in a given scripting language? Perl, PHP, Python and Ruby are the most common server side scripting languages, so called fourth order because of their natural language like syntax, lack of compile and are all built in C, another open source paradigm. Are these programming languages perfect? Nope, none of them are. If you use a database layer, REDIS started as open source, MongoDB is open source, MySQL was open source before the acquisition and so on. Want a site search engine? Lucene and Solr are as powerful as Endeca and the cost, well, you get the idea.

What does the closed source, or Golems, view of the world look like?

Let’s take a look at a few high profile examples of companies that leverage closed source technology. Microsoft, for one, has seen it’s share price flat line over the past nearly decade, according to Google Finance. Yes they provide a dividend, but let’s compare that to Apple, which uses (gasp) Linux as the underpinning for their operating system, from their server, to their laptops to their IOS devices. Without putting too much math into the question, AAPL went from a $5.50 price about a decade ago (split adjusted) to say, $550 today. Sure that’s the wrong way to look at it, as they don’t actually provide a web server software, nor do they provide any open source software themselves that I know of. However, the point is about leveraging the open source, as it’s that open source which will win out in the end. A million people all fixing bugs, patching the code, contributing their ideas is infinitely better than closing up the nuts & bolts and pretending that your group has the lock down on the best ideas, the “precious” ring which will somehow bind the universe to it. Redhat looks like it was a great bet over the last decade, as the leading commercial vendor supporting Linux. Seems that you would have increased your investment about five fold in the same period.

Sony, you know, the company that famously has complained about people, “hacking their devices,” to (gasp) install other stuff on them? Ya, their stock is down by 50%. Sure they provide a dividend, but what we’re looking at here is the pure, unadulterated financial return. Closed source, close minded and closed thinking yield poor long term performance. Amazon, the first platform to offer independent authors a way to reach the masses without going through ridiculous courting rituals with traditional publishing. The first company to offer cheap, easy CDN services for websites. You get the idea. Amazon increased about 400%, from nearly $50 ten years ago to $200 today.

Would you rather hoard access, code and insights – or let it fly and get help improving the system, for free?

Not everybody has the courage to let the light shine into every nook and cranny of their business. It’s a hard, gut wrenching process to go through, having your pride, joy and life’s work out there for scrutiny by the proverbial unwashed masses. However, it’s not about the naysayers, the critics, the ones who would rather throw a stone than build a foundation. It’s about improving access to core knowledge, platforms and enabling ecosystems. It’s about interactions, scale and continual improvement. The companies who embrace this thinking, in code, in business process or in other ways, are those that win. The stock price, the search oriented interest, I can continue, but I think the idea is pretty well covered already. Open up and win big. Cover up, hide and cower in the dark, well, the rest of us will have no choice but to believe that the “precious” you’re stroking is really a path to self destruction, rather than a powerful force for growth.