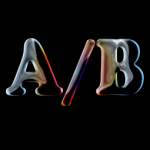 There are a few tools that larger websites commonly use for bucket testing, also referred to as a A/B testing, Multivariate testing or similar. Whether you are using the “Taguchi” method for testing or if you are doing a simplistic split run test, the principle is the same: can you achieve a greater conversion rate among website visitors if you give them version “A” or version “B”. Google Website Optimizer is one of the tools that brought this practice to the masses and there are many ways to skin the cat, as many companies have developed tools that attempt to solve for this particular issue.

A few tools I have some experience with include Omniture Test & Target (Offermatica was rebranded as this…), Webtrends, Google Website Optimizer and Sitespect. Each of these tools has it’s pros and cons of course, but given the lens of website performance optimization, Omniture’s tool, Google’s tool and Webtrends tool are clearly inferior. Sitespect here is superior because of the low impact to the latency of the web experience and given the impact of load speed on conversion, it’s mission critical to test in a way that does not degrade the web channel.